The Day before Independence Day!

Some days are especially important and special because they mark new beginnings and the tide for an exciting wave of change. Such days are always remembered with happiness and gaiety because they celebrate the success of hard work and sincere efforts. 14th August, 2014 was one such day when the Maximizer family got together to celebrate the launch of their brainchild; Mondovo. The event was held a day before Independence Day which probably made sense on many levels. It was like commemorating our day of freedom a day in advance and infusing all our energies into making it a grand success. Mondovo has been the company’s latest offering and let me tell you that this day meant significantly more to certain people because of the sheer amount of labour they had put in from years and being able to celebrate it meant that all of the hard work had paid off. Now, Mondovo is a comprehensive toolset designed to help clients manage their site’s online presence. But getting into technicalities of the product isn’t really what this article is about. This article is one person’s view about the uniqueness of the day and the amazing level of togetherness and solidarity that each and every member exhibited on the day. 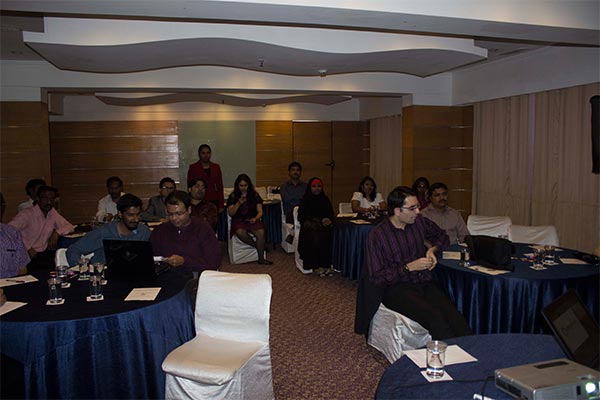 The event was held at the Royal Orchid Hotel, Bangalore and an entire day’s itinerary was drawn up by Vandana( our ever helpful HR) who was running on her toes the entire time making sure that everything was perfect. It was also one of those rare days that I was actually early so when I reached the venue the preliminary preparations only was going on. I was pleasantly surprised to see everyone don a different look than their usual attires. The men were smartly all suited up and the ladies were simply glowing in their fancy dresses & many- hued saris. The event began with a welcome note and then moved on to a speech by Sameer (our slightly shy and super friendly founder!). He talked about the new product and the many hopes it had pinned on itself as the company was veering towards a new stage of growth and development. He discussed the company’s future goals and gave articulation to the company’s vision and then he thanked the contribution of each and every member of the company who have been instrumental in making the day a reality. And I think that’s why it has always been so nice working here where everybody treats you as an equal and there is such a good rapport amongst members. That there is no employer-employee relationship but a mutually beneficial one where everybody learns from each other and derives knowledge. So anyway moving on, this was followed by a small presentation put together by Uday, Zeeshan and Urmi (that’s me!) who tried to briefly summarize Mondovo and explain what it meant to everybody else who haven’t been as deeply involved with the tool. This was more of a knowledge sharing session that frankly everyone was wishing would get over soon so that the fun part of the day could begin. And that is an honest truth! 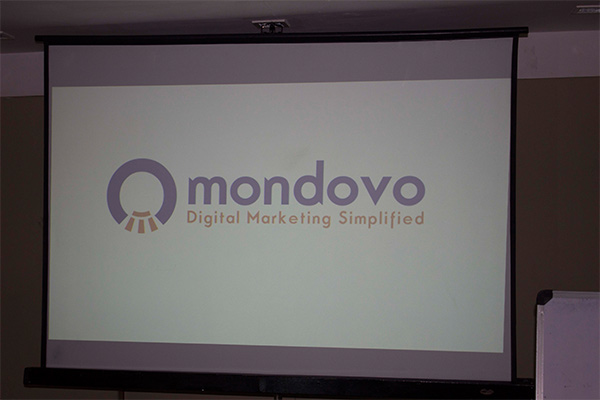 Before we all assembled for the 2nd half of the session though we all made our way towards lunch and was that some spread laid out for us! When Tolkien said, “If more of us valued food and cheer and song above hoarded gold, it would be a merrier world” he indeed got it right and our buffet table for sure evoked similar emotions within us! Certainly we were a jolly group of people who devoured the delightfully sumptuous lunch that lay before us. After second and third helpings were taken and everyone was cheerfully excited, did the next part of the program commence. It began with Jiten and Alex performing on guitar and drums respectively that completely set the rock and roll theme in motion. It was super charged and got everyone revving up to their tunes. This was followed by some soulful songs that revealed some exceptional singers whose talents had not been foraged before. Sherin and Vijay’s musical notes left everyone rather tranced!  However the fun activities were far from over and we all had to participate in dumb charades and musical chairs and survey of the day! The musical chair got unnaturally fierce n competitive which secretly made me happy that I was out of it in the 1st round itself! This finally ended our day of celebration and the launch was everything that we’d hoped for. It was enlightening and informative and it was a fun filled day that gave everyone the much needed time off to just relax and let go of all inhibitions and begin work anew with fresh vigour of mind! It was the culmination of the hours of urgency, chaos, late nights and friendly banter that resulted as one grand day of success and made us all truly a Family; the Maximizer Family!

Sameer Panjwani, the founder of Maximizer-e-Services Pvt Ltd marked his foray into the World Wide Web by developing his very own website at the young age of 14. While he could not pursue this at the time because of having to focus on his schooling, he got back on the field in 2004 when he started planning his new ventures online.

He has been prolific in single-handedly developing and launching ChoiceofHomes.com , a U.S. targeted real estate portal, in January, 2005. Although this site served as his launching pad, he always wanted to return to the domain of online marketing where his real interest and passion lay and it was from this point onwards that he began to build his expertise and grow on his experiences in online marketing.

This subsequently led to the formation of an online marketing related portal DirectoryMaximizer.com in September, 2006. This portal offered a subset of the vast array of online marketing services available, but it was the focus on this niche that led to the company’s growth. The website has been a huge success and has been widely appreciated by its base of more than 25,000 active clients all over the world. He then went on to create a multitude of other online marketing related services like SocialMaximizer.com and DirectoryCritic.com that have all been hugely successful.